all the couples of the actors in real life

Those boys and girls protagonists of Stranger Things who captivated half the world from the first season they are no longer the same. When they started the Netflix series, the youngest was 10 years old and the oldest was 16.

Seven years have passed since the broadcast of the first chaptermore than enough time to go from childhood to adolescence maturity, grow up, mature and start doing adult things, like having a partner.

Many cast members of the Duffer Brothers science fiction series they have made their courtships public, showing off hand in hand on the red carpets of the awards and presentations or in publications on Instagram.

Others have decided to keep their relationship private. some even they have found love on the setlike Nancy (Natalia Dyer) and Jonathan (Charlie Heaton), who are a romantic couple in real life. 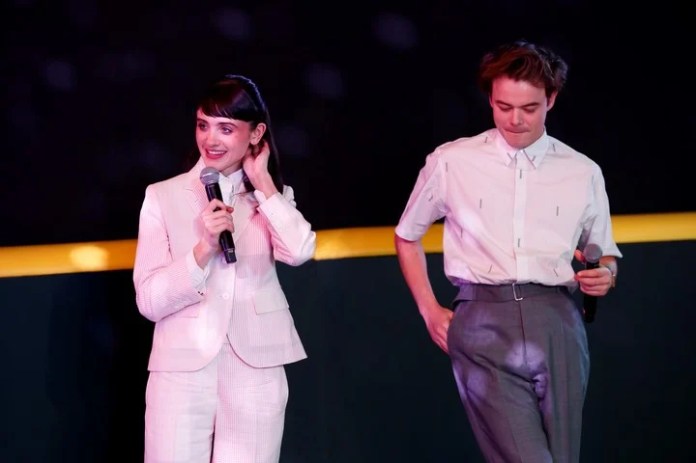 The American actress Natalia Dyer and the British actor Charlie Heaton, in a presentation of “Stranger Things” in Mexico. Photo EFE

It is not the first time that a love story transcends the screens. There are many couples who began a romantic relationship on the set of a film or series. This is the case of Natalia Dyer and Charlie Heaton, who after falling in love as Nancy and Jonathan, they fell in love as Natalia and Charlie.

A few years ago, both actors officially announced that they had a romantic relationship. We have seen them together on the red carpets with affectionate attitudes and in the occasional Instagram post.

Millie Bobby Brown rose to fame when he was just 13, when she debuted in the role of Eleven. Throughout the four seasons we have seen her grow into the actress that she is now. Throughout these seven years, Bobby has changed a lot, like any teenager, she has put aside her most childish side of her to become an adult.

Millie Bobby Brow, famous for her role as Eleven.

During the BAFTA gala, Millie Bobby Bobby made official her relationship with Jake Bongiovi, son of the well-known musician Jon Bon Jovi. The two posed embracing each other on the awards red carpet. Their friendship dates back to at least June 2021, when Jake posted a photo with the actress on Instagram. Millie also posted a photo of the two of them to celebrate the 19-year-old’s birthday.

Recently, Jake uploaded a photo on his Instagram stories in the middle of filming the fourth season of the series. In the image we can see the couple in the middle of the desert, surrounded by cameras and recording equipment while they hug. 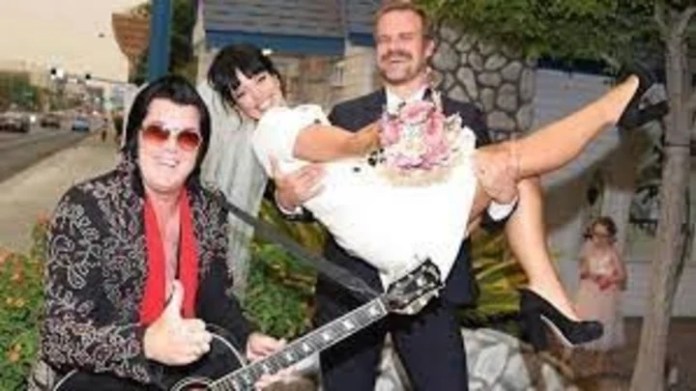 David Harbour, who plays the enigmatic Jim Hooper, married Lily Allen in 2019 in Las Vegas. The singer and the actor said “I do” in a small chapel in Las Vegasin a simple ceremony officiated by an imitator of Elvis Presley. They are a very funny couple, you just need to enter their Instagram accounts and check it out.

The couple married in the middle of the pandemic, with the company of the daughters of the singer of fuck you and with a very special wedding menu: hamburgers with potatoes.

Gaten Matarazzo and his longtime girlfriend

Our beloved Dustin (Gaten Matarazzo) maintains his essence both on and off screen. The young actor has a romantic relationship with his lifelong girlfriend, he is not a public person, although it is common to see her on his Instagram account or on the red carpet of the presentations or awards ceremony. his name is Lizzy Yu and is 19 years old. 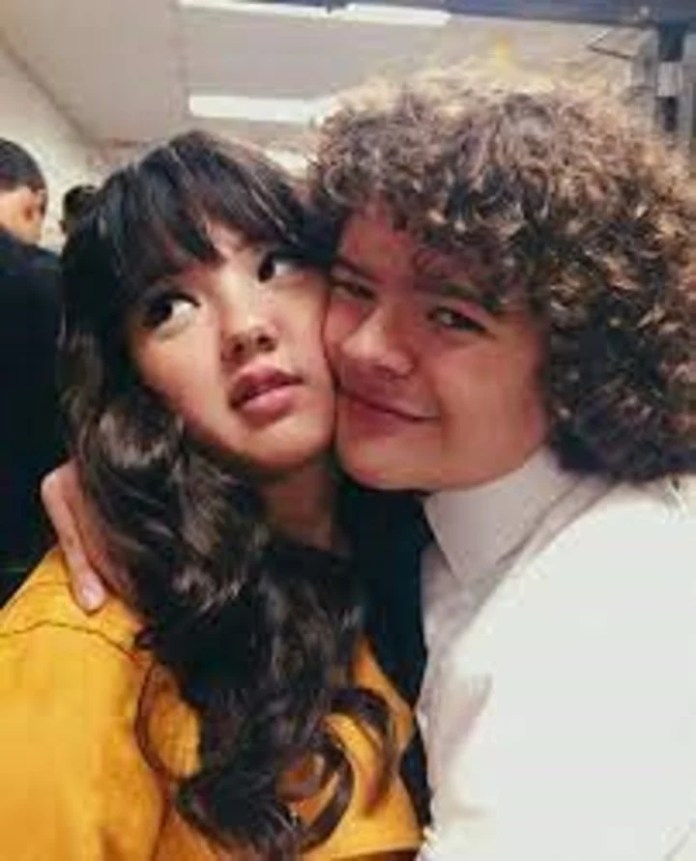 We saw him posing together during the presentation of the fourth season of stranger things. Joe Keery and Maika Monroe have been a couple for years, but neither of them share private photos on their social networks.

the actor who plays one of the most beloved characters in the seriesSteve Harrington, and the actress met on the set of the film After Everything in 2017. Although they do not publish photos together, they are often seen on a red carpet or awards ceremony.

Joe Keery and Maika Monroe, in one of their few photos together,

The great Winona Ryder, who became popular in the 80s thanks to movies like beetlejuiceby Tim Burton, is romantically involved with the fashion designer Scott Mackinlay Hahn since 2011.

He is the co-founder of the Loomstate brand, a clothing line with a social conscience that produces sustainable garments organic cotton. Hann is chair of the Council of Fashion Designer of America (CFDA) Sustainability Steering Committee and a board member of the Council for Textile Recycling. 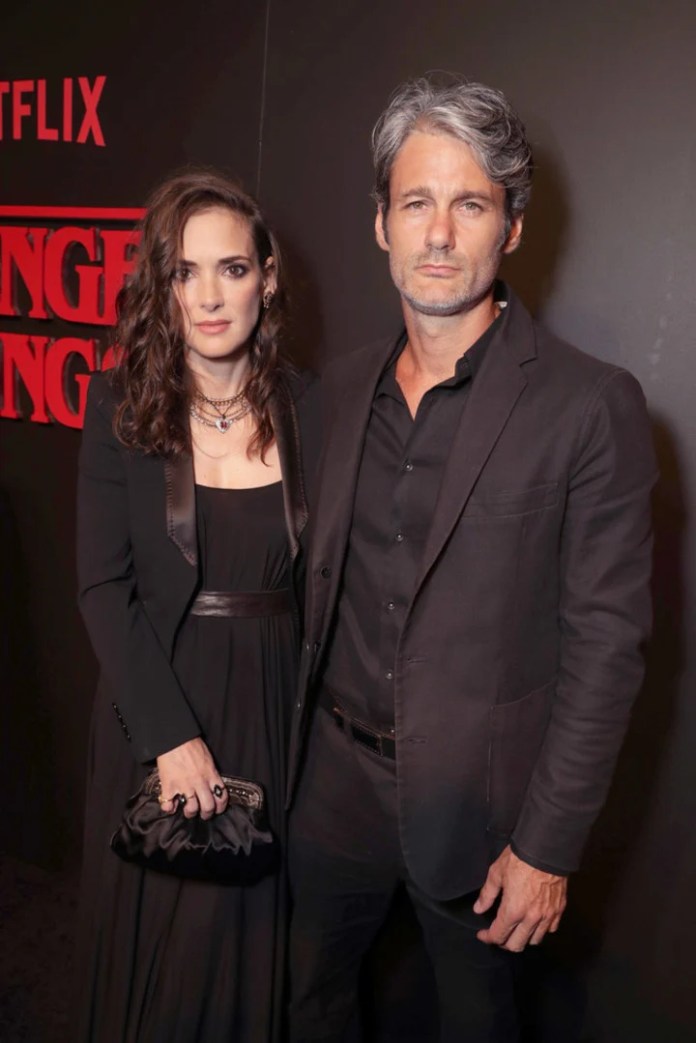 Winona Ryder and Scott Mackinlay Hahn, the couple between the actress and the designer. AP Photo/Netflix

Winona Ryder and Scott Mackinlay are not married and they keep their love life out of the media spotlight.

Winona has assured several times that a wedding is not in her plans: “I am a serial monogamous. I’d rather never get married than get divorced a couple of times. Not that there’s anything wrong with divorce, but I don’t think I could do it if that were a possibility. When your parents are madly in love for 45 years, your standards are very high,” she told People.

robin was one of the great discoveries of season 3 of stranger things. maya hawke he is one more member of the group of Hawkins. The actress, only 23, is the daughter of Ethan Hawke and Uma Thurman and her partner is the musician Spencer Barnett. They do not publish their love life on the networks, but they do not hide either, in fact, they have already attended events together and posed in photocalls as a couple. 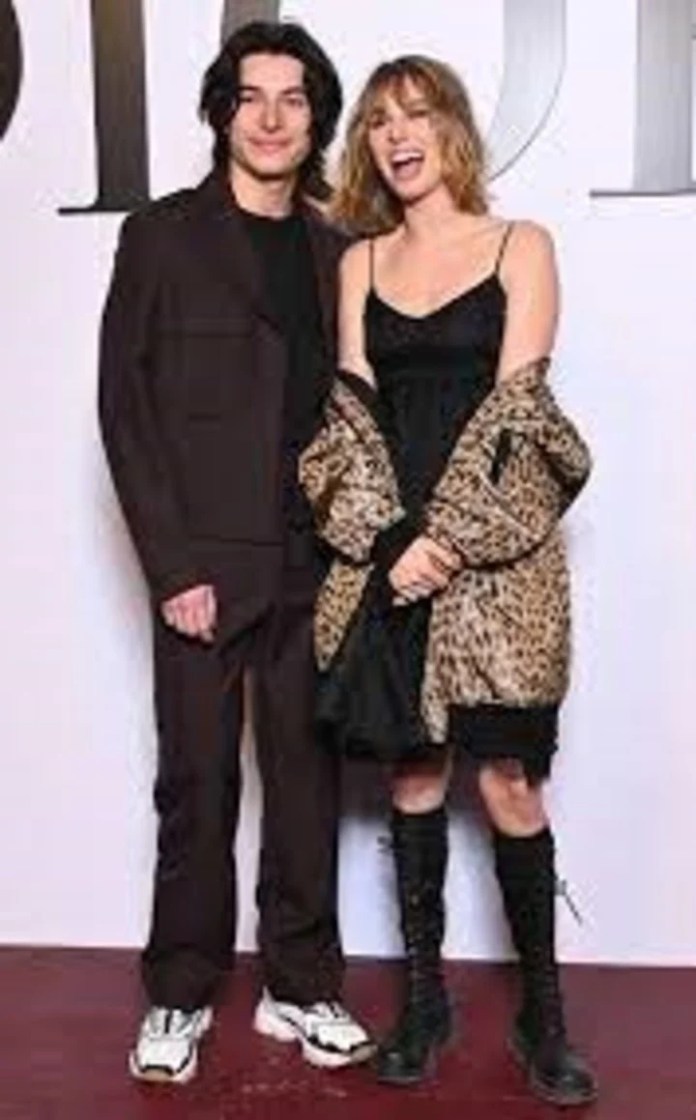 Dacre Montgomery (Billy) is in a relationship with model Liv Pollock. They have been together for four years and seem very much in love.

For their anniversary, Montgomery posted on his Instagram: “This woman here is the backbone of everything I do.”, he wrote next to a photo of both. ‘She is brains and elegance. She is the one who packs and moves around the world for me,” she said in her post.

The Bachelors of Stranger Things 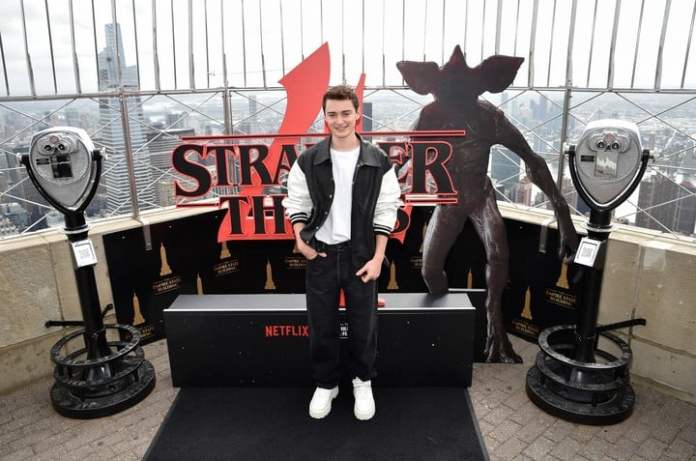 Noah Schnapp, one of the actors of Stranger Things who is still single. Photo Evan Agostini/Invision/AP)

Not all actors and actresses stranger things they have a partner There is also an extensive repertoire of single men and women in Netflix’s most successful series, at least that is known. Neither Noah Schnapp (Will Byers) nor Sadie Sink (Max) have a partner. Neither did Caleb McLaughlin (Lucas Sinclair), although the actor said in an interview that If I had a relationship I would keep it a secret.

Finn Wolfhard (Mike Wheeler) does not have a partner either, although some rumors indicate that they maintain a relationship with actress Elsie Richter.