After suing his nephew for extortion, Ricky Martin was granted a protective order

The Court of First Instance of San Juan granted a protection order to Ricky Martin against his nephew, Dennis Sánchez Martinwhich in turn recently filed a complaint against the singer for alleged sexual assault.

The order was issued last Thursday, a day after Ricky Martin will file a millionaire lawsuit for extortion against his nephew and a day before Sánchez sued for sexual assault, but to this day the information has not come out.

The ex parte protection order, under the Law Against Stalking, states that the singer alleges that Sánchez manifested “a pattern of behavior consisting of threats, persecution or harassment.”

After analyzing the evidence presented, the court determines that Sánchez sent up to ten messages a day to his uncle and that on one occasion he requested permission to take Ricky Martin’s children to the movies, which the singer refused.

In January 2022, Sánchez published the singer’s phone number on social networks and in early September, through a third party, he asked for money “in exchange for his silence”. 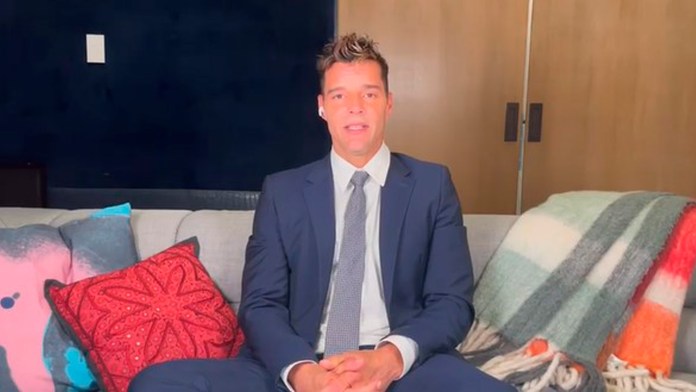 According to the document, “the petitioning party demonstrated that there is a substantial probability of immediate risk to his safety or that of a member of his family.”

Therefore, the petitioned party was ordered to “refrain from harassing, persecuting, intimidating, threatening or in any other way interfering with the petitioning party or with members of his family.”

Also not to go near your home or that of your relatives and not to contact you by phone, email or social networks.

The court hearing on this protection order was scheduled for next September 28.

Regarding the recent complaint for assault, Jose Andreu Fuentesone of Ricky Martin’s lawyers, assured on Sunday that they are “hugely offensive and completely false” statements.

“These accusations are part of a pattern of harassment against the singer and are given in reaction to the artist’s claim to claim his name in the face of false allegations against him,” the lawyer added in a press release.

That claim is the aforementioned lawsuit filed by the singer last Wednesday against his nephew for extortion, damages, with which requests compensation of no less than 30 million dollars.

This all began when Sanchéz obtained an ex parte order of protection for domestic violence against his uncle last July, but the case was filed that same month at the request of the plaintiff himself.

Carmen Villalobos, the other winner of Top Chef VIP