Actor Robert Morse, who played Burt Cooper in “Mad Men”, has died at the age of 90. 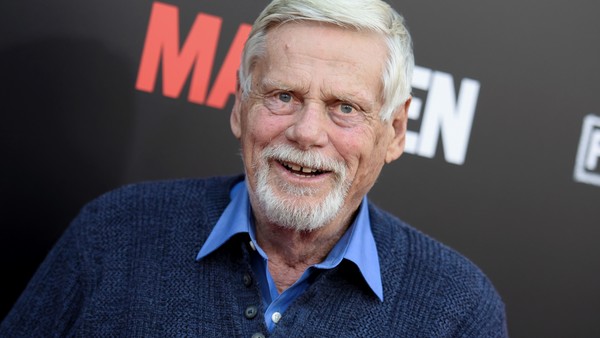 Robert MorseThe 1960s Broadway actor and movie star, recognized decades later for his role as Bertram Cooper in the series Mad Men, has died today at the age of 90.

“My good friend Bobby Morse has passed away,” writer-producer Larry Karzewski, vice chairman of the board of the Academy of Motion Picture Arts and Sciences, announced on his Twitter account.

Born in Newton, Massachusetts, Morse served in the US Navy during the Korean War, but a high school drama teacher had already inspired him to become an actor. So after graduation, he went straight to New York City’s iconic Neighborhood Playhouse and made his stage debut in 1949 in “Our Town” in New Hampshire.

After performing in several plays, Morse officially became a star on Broadway with the musical comedy “How to Succeed,” for which he won his first Tony Award for Best Actor in 1962. That hit was adapted into a film for the big screen. 1967 in which Morse reprized his leading role.

Next, he starred in “Sugar”, based on the classic Billy Wilder comedy “Some Like It Hot”.

The actor won his second Tony for the one-man “True”, in which he played Truman Capote, which he performed on Broadway.

After a career that included films, dramas and series, his work became popular only in 2007 with “Mad Men”, a highly successful series on the North American cable network AMC, which aired until 2015. About an advertising agency set in the 1960s, in which he played the eccentric Burt Cooper, a senior partner at the firm known for his bow ties and Japanese art collection.

In the series, Cooper died the night of the first moon landing, and that 2014 episode gave Morse a chance to show off his singing and dancing skills in a number conceived by the story’s main character, Don Draper (Jon Hamm).

“What gave me the opportunity to shine was a perfect love letter to what Matt Weiner (series writer and director) gave me,” Morse told the New York Times at the time.

Morse was nominated for an Emmy five times for playing Bertram Cooper. In 2010, he shared the Screen Actors Guild Award (SAG) that “Mad Men” won for Outstanding Performance by an Ensemble in a Drama Series.