“A friend is a light”, “Lamento Boliviano” and his other hits with Los Enanitos Verdes 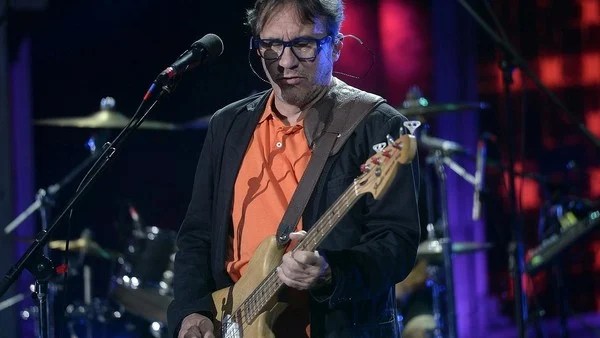 In times when streaming platforms did not exist and music was broadcast in cassette format and FM radio, Los Enanitos Verdes stomped on the music scene national since 1984, the year they released their first album, simply called “Enanitos Verdes”. The death this Thursday of its singer, Marciano Cantero, leads us to review some of the hits they created in more than 30 years of career.

Some of them that not only transcended borders, but became football anthems that tirelessly come down from the stands.

“I saw you on a train”from the album “Habitaciones strangeas”, released in 1987, tells the story of a man who sees a girl on public transport who he tries to help, but cannot speak to her.

“The wall” It was one of the songs that attracted the most attention and stood out on the album “Contrarreloj”, from 1986.

In that song, Cantero describes from the top of a great wall, “how those old illusions passing the wall come true”.

Two other songs that stand out especially in his extensive career on stage and in the recording studios are “Bolivian Lament” Y “A friend is a light”.

The first, reverted by the band Turf this same year. It was released in 1994, as part of “Big Bang” and left its mark on rock and pop, not only in Argentina, but also in Latin America.

That “drunk and crazy” with his “idiotic heart” declares his eternal love to a woman with the request that she not comb her hair in bed because “the salesmen are going to be late”. It was without a doubt the band’s biggest hit.

“A friend is a light” was one of the songs chosen to be part of “Like yesterday”, in 1992, and it is one of the greatest anthems, precisely of friendship, that Argentine rock has ever sung.

According to Cantero himself in 2021 in El Nueve, the song was inspired by his then-newborn son and the friendship he hoped to have with him.

“That beyond being father and son, we were friends,” he said.

Cantero never imagined, however, that the song would take such an important place in friendships. “I never imagined that it would become this kind of anthem”.

“A friend is a light shining in the dark,” reads the chorus of the song that, from now on, like any success when its author leaves, turns up the volume.

Los Enanitos Verdes began with presentations in different pubs, later going to small theaters, not only in their province but also in neighboring ones, becoming in a short time the most popular and required band in Mendoza and the Cuyo area.

At the beginning of 1983 they traveled to Buenos Aires to try their luck, appearing in pubs and bars. A year later they were chosen as the “Grupo Revelación” in La Falda, Córdoba, after a performance that opened the doors for independent labels to expand their wings on the continent towards the end of the ’80s.