a diva who went from minor to major

Preceded by a great expectation in accordance with her agenda and her career, the American soprano Sondra Radvanovsky had her debut at the Teatro Colón. As usual (it is hoped that this situation will change in the not too distant future), this first contact with the local public it was in the framework of a recital of the Great International Performers cycle and not in the lyrical seasonauthentic natural habitat of an opera star.

The first-announced program promised to bring together scenes from Donizetti’s Tudor Queens, part of his recent record work; Finally Radvanovsky opted for a much more hybrid program that spanned music from three centuries.

It is usual that for their debut in a theater, and much more so in a demanding environment such as the Teatro Colón, the performers choose to start with a “workhorse” or some piece that allows them to step on firm ground. 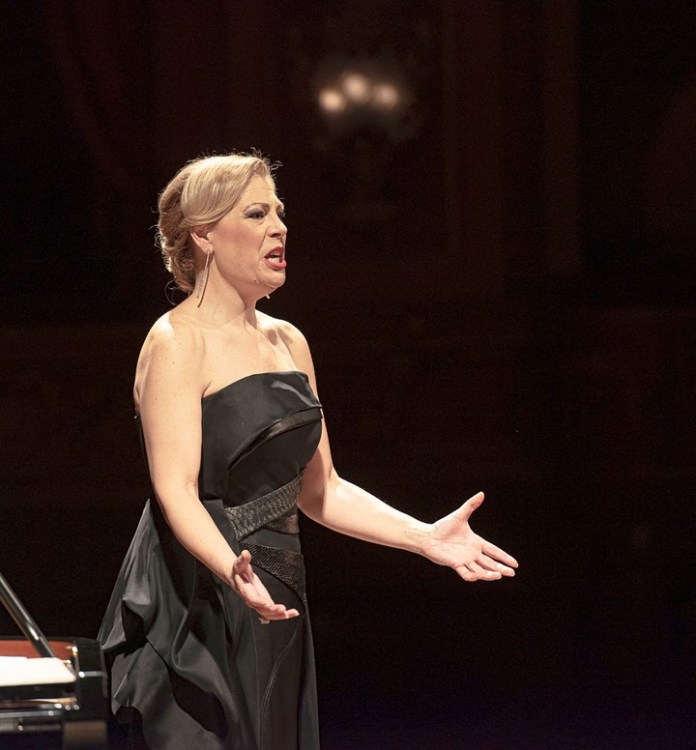 Sondra Radvanovsky is one of the best sopranos in the world. Photo: Colón Theater Press / Arnaldo Colombaroli

I start in reverse

For some reason that is difficult to explain, Sondra Radvanovsky (who is worldwide one of the main interpreters of the Italian repertoire which goes from Bellini onwards) did just the opposite: the first four works on the program date back to the 17th and 18th centuries, and belong to diverse styles but none close to his “strong” or comfortable for his instrument.

The justification, expressed by herself, was the idea of show the evolution of lyrical singing from its beginnings to verismo (a term that the soprano applied here to the post-Verdi Italian repertoire, but which actually designates a very specific aesthetic).

Thus, the program began with three pieces known especially for being part of the famous collection of old songs and arias by Alessandro Parisotti: Yellow, my beautiful by Giulio Caccini Or of my dolce ardor of the opera Paride ed Elena of Gluck and Dance, dance, fanciulla gentileby Francesco During.

The aria followed Piangerò my lot of Giulio Cesare by Händel, which was for Radvanovsky one of the usual pieces in his youth auditions. Without handling the early baroque style or coloratura or Händel’s line, the soprano took an unnecessary risk.

after this faux pashis performance took a 180 degree turn, and with the block dedicated to Bellini the recital really began, whose essence was the combination of arias and chamber songs by Bellini, Verdi and Pucciniseveral of them related to each other due to the reuse that the composers themselves made of their own melodies. 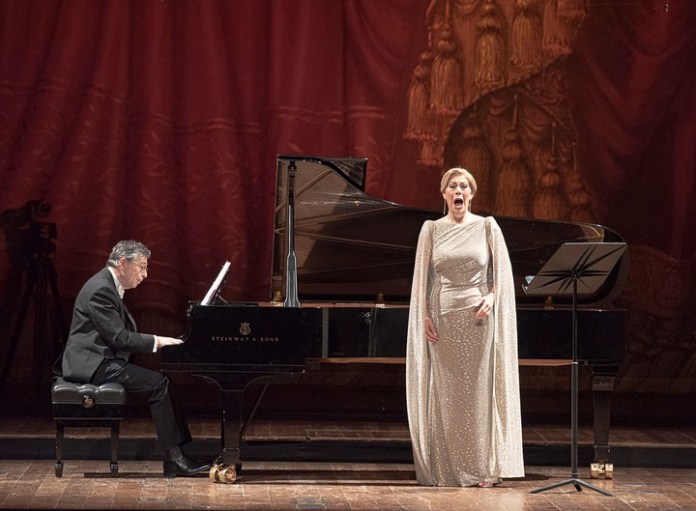 Sondra Radvanovsky with pianist Anthony Manoli, who has been accompanying her for 28 years. Press Photo Teatro Colón/Arnaldo Colombaroli

Here too one of Radvanovsky’s merits was seen: that of thoroughly interpreting each page, and make miniature dramatic scenes out of chamber songs.

The end of the first part, with caste diva and two Verdi arias (Touch the placid note Y Pace, pace, my God) gave him the first trump card and they finished conquering an audience who had already surrendered at his feet.

It was also about the first thing the diva sang without resorting to a tablet which gave him an initial headache; Logically, his communicativeness and delivery were much greater when he sang three fragments that he knows perfectly (despite a brief confusion with the text of caste diva).

With a large voice, a pronounced but controlled vibrato when necessary, and mastery of her technical and musical resources, Radvanovsky is an intelligent and experienced singer who knows how to measure and manage its great flow. His timbre, sharp in the treble but round in the middle and bass, shines especially in the repertoire of Verdi and his successors.

No less intelligent and experienced is his partner, Anthony Manoli: he and the soprano know each other perfectly and make up a solid duo. 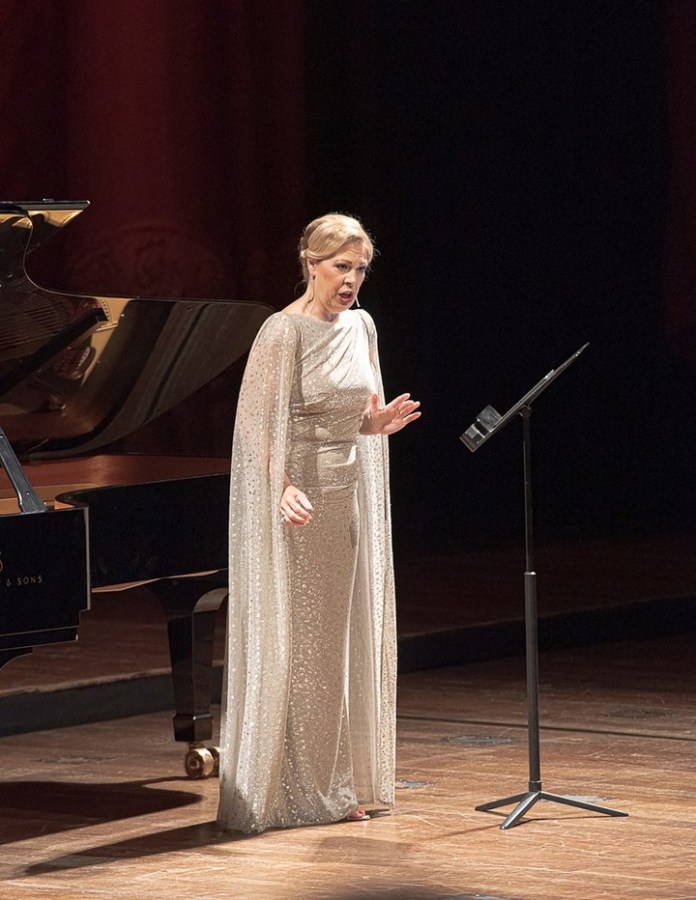 The second part was the total delivery of the most genuine and sincere from the soul of an immensely sensitive and communicative artist, from five songs by Puccini and Verdi to three of the most anticipated scenes by the public.

Alone, lost, abandoned, by Puccini’s Manon Lescaut was a vibrant recreation of the most dramatic moment of the opera and of the character. The climax was with two arias that he announced with tears and who sang in an unforgettable way: Io son l’umile ancella (adriana lecouveur of Cilea) and The dead mom of Andrea Chenier by Giordano, in which remembered his mother who died last January.

The standing ovation of a Colon completely in love with the diva was rewarded with four works outside the program that did not disappoint.

Namely: the Song to the Moon by Rusalka (dedicated to his father, long deceased); Vissi d’arte (Tosca), with an extraordinarily subtle finish; Oh my expensive baby, well interpreted despite a new confusion, attributable to emotion, and that the pianist saved with skill; Y over the rainbow of The Wizard of Oz by Arlen, the only moment in a language other than Italian and a tribute to her North American roots.

Visibly moved and grateful, Sondra Radvanovsky said goodbye; she was floating the perfume of a debut that went from minor to major. Hopefully it was not the farewell of an artist who deserves to return in a big way.