behind the title The Poet: Songs in Spanish hides an ambitious project that slowly took shape and already has a first published volume: translate the repertoire of the legendary singer-songwriter Leonard Cohen and record it with a selection of voices from all areas of Argentine music, from Ariel Minimal to Daniela Herrero, from Silvina Garré to Ricardo Tapia. And in between Emilio del Guercio, Nito Mestre or Leo García, to name a few. 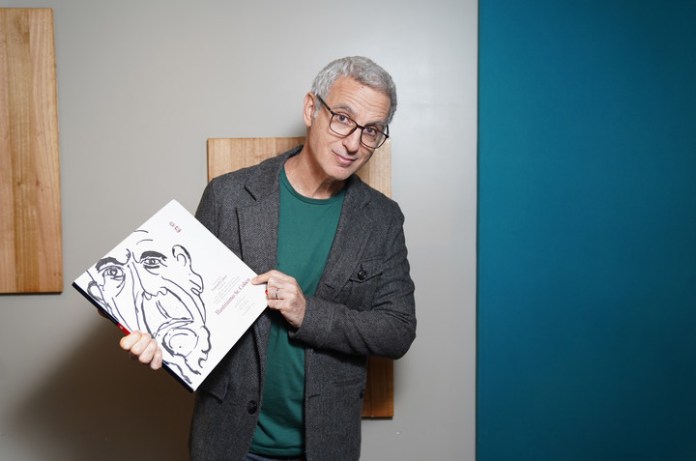 Mario Siperman with a book by his beloved Leonard Cohen. Photo Lucia Merle

The Blue Lotus, from the comic to the studio

The Blue Lotus (in French Le lotus bleu), serialized between December 1932 and February 1934 in Le Petit Vingtième, the weekly children’s supplement of the conservative Catholic newspaper Le Vingtième Siècle, is the fifth volume in the series The Adventures of Tintincreated by Belgian cartoonist Hergé.

For many it is Hergé’s first masterpiece, and some critics consider it the best of all the Tintin albums. Thanks to the trades of Zhang Chongren, a Chinese student friend of the Belgian author, the story is very well documented, erases Western prejudices about China in the first half of the 20th century, and emphasizes Japanese intervention in China, a fact contemporary to its publication.

In that diffuse area of ​​the city of Buenos Aires that some insist on calling Belgrano, and others Nuñez, El Loto Azul is also an apartment that houses the recording studio of Mario Siperman, alias Spiker. Upon entering, the décor combines a multitude of comic book memorabilia with gold records from his band, plus a nice stack of CDs on one wall and an array of keyboards, instruments and vintage sound paraphernalia that will make even the neophyte sigh at the beauty of it. your designs. 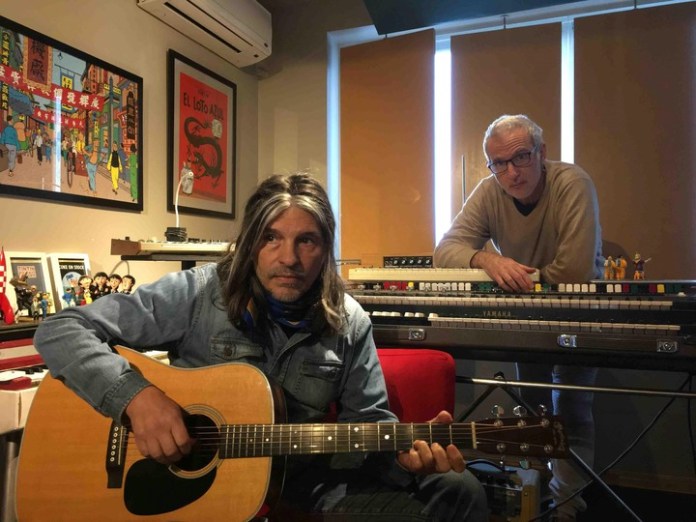 But El Loto Azul is also the name of the record label that hosts Siperman’s last adventure outside his lifelong group, and which he shares with Gustavo Roca: the first of several volumes of The Poet: Songs in Spanish. That is: the repertoire of Canadian Leonard Cohen, translated into the language of his admired Federico García Lorca, and sung by voices from all genres of Argentine music, with Siperman, Roca and more musicians as a backing band.

The genesis of this beautiful project has to do with Cadillacs and with chance. In 2008, on the group’s reunion tour after several years apart, in a sound check, Vicentico began, to kill time, humming a Cohen song. “I’ve been thinking about it and I can’t remember what song it was,” Siperman says, laughing, in his studio on a cold winter morning. 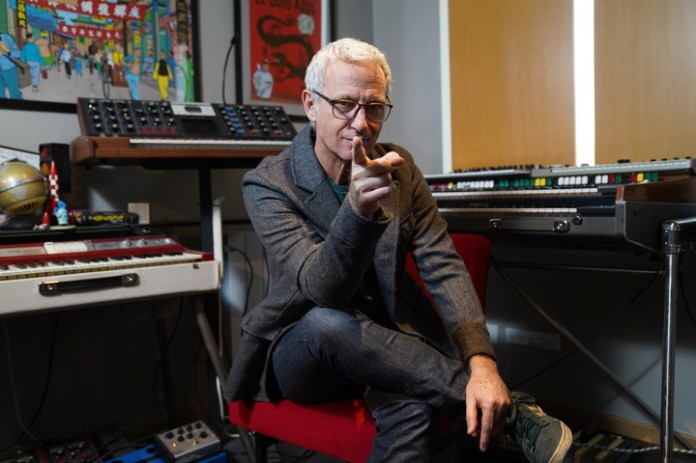 That’s where the light bulb went on: a record called Vicentico interprets Cohen in Spanishwith the fabulous frontman making the songbook of the author of So Long, Marianne“in the style of jazz classics like The Songbook of Cole Porter”.

The project did not materialize due to the innumerable tours of LFC and its singer as a soloist. “And we also realized that a project of this magnitude needs to have a very clear focus there. For a singer to focus like this is something unfathomable, almost impossible”, says Mario.

But fate had other plans. Quiet Manu, singer of La Mancha de Rolando, went to El Loto Azul one day to record some things. “And in one of those typical study talks, where one says to the other ‘Did you hear such a thing?’ Cohen’s name and this idea came up. Manu told me ‘I want to do something’, and that same night he sent us a song “.

And he adds: “There we realized with Gustavo that we could put a singer for each song. That has two good things: on the one hand, the one who participates gets fully involved with his song, and it is something humanly possible to do. And on the other, as we were recording songs, for some reason, whether it was the melody, the mood of the song or what the lyrics say, it came to mind who was the perfect person to record it. we drove: we said ‘This is the perfect song for such and such’ and it happened”, says Mario. 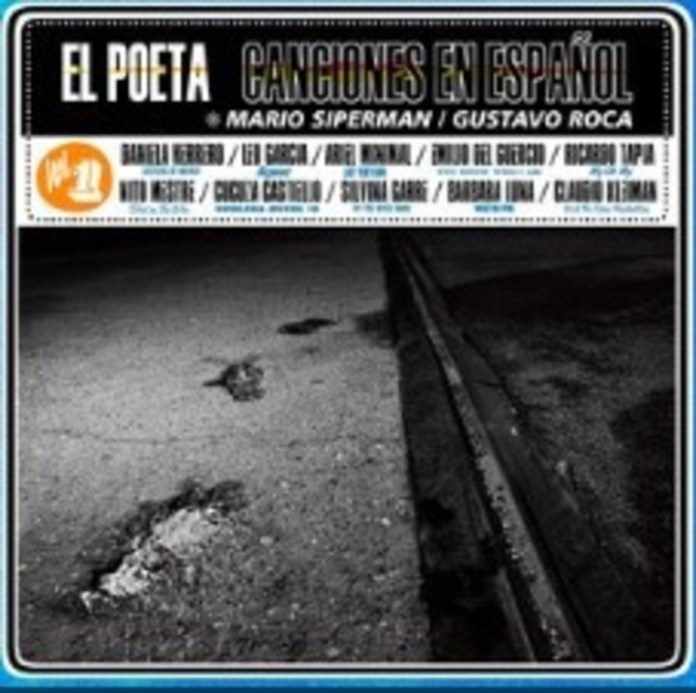 The cover of the first volume of “The Poet, songs in Spanish”

One of the main attractions of The poet it is precisely that: the different interpreters of the tunes. Ariel Minimal, Daniela Herrero, Silvina Garré, Ricardo Tapia, Emilio del Guercio, Nito Mestre, Leo García, Cucuza Castiello, Bárbara Luna and Claudio Kleimanonly in the first volume already edited.

“The fact is that Leonard Cohen’s theme, with more than fifty years of musical career, is also very varied. Whether in how he sings, in what he writes and in the interpretation of it. In general, when we think such a song is for so-and-so, it was perfect for him. The only time I messed up was with Pandolfo Stick. I had thought for him Seems So Long Aug, Nancy, which is a subject that is a tremendous downturn. But of course, I thought of the Palo de Don Cornelio”.

Pandolfo’s response was unexpected: “When I called him and told him, he had a tremendous response: ‘I am in a much brighter stage right now.’ Love Itselfof Have New Songswhich was left for one of the following volumes, because given his death it seemed to me in very bad taste to include it now”.

The same, depending on the choice of topic, happened with the musician and specialized journalist Claudio Cleiman: “Claudio found out about the project, and told us that he was a fan of First We Take Manhattan. And it was different, because he was also the one who did the translation. So, if you choose the theme and adapt it, obviously you are going to give one hundred percent of your talent. He was great”.

One of the most emotional moments on the album is Y’s versionou Know Who I Amoriginal from Songs From a RoomCohen’s album released in 1969) on the voice of Emilio del Guercio. A unique voice, although in an unusual register, both for chronological reasons and for the number of years that Del Guercio hasn’t released a studio album (the mythical Graffiti is from 1983).

“I was a big fan of the Sabbath. More than from Almendra, because Almendra separated when I was very young, and I tanned Coven more”, Mario is sincere. “I listened to the farewell concert of Coven at Luna Park live on Radio del Plata, broadcast by Badía. I remember it perfectly. For this reason, at the end of the song, at my request, Emilio recites ‘Every flower that is born in the wasteland has problems if someone sees its body uncovered under the dew’, which is a verse from sallow chanta Sabbath theme that I love”, he says.

As for Emilio’s current voice, Siperman outlines a very interesting theory: “When he starts with the coven, you can tell he’s been singing along with Spinetta. Then as he walks away in that spinettan way, he takes on his personal color, which is cool.

The theme of the voices and the singers makes the conversation, without interruption, jump from Del Guercio to Bird on a Wire by Nito Mestre, and in the more than natural way in which Nito resolves the parsimony at the beginning of one of Cohen’s standards. “And that that first verse is low for Nito in terms of the tonality of his voice. But the nice thing is that he really liked singing down there, because in general we are used to listening to Nito in higher forms, more linked to what would be the choruses, ”he points out.

If it can be anticipated that Volume 1 Silvina Garré will not be part of the party, since she lives in Mar del Plata, and the same happens with Bárbara Luna, who lives in France, but whose songs (The River Dark Y Who By Firerespectively) will be interpreted, the same as my oh my by Ricardo Tapia (the third absentee with notice).

The fact of the absences (and other presences of the volumes to come) links to the Argentine CD edition of Old Ideas de Cohen (2012) that includes the lyrics translated into Spanish by Joaquín Sabina. Asked about it, Siperman doubles down with another great story. “I didn’t know, but I did know that Sabina is a big fan of Cohen because Serrat told me.”

And he explains: “At one point I called Serrat for you to participate. She first got excited, but then in the end she couldn’t. So it was that in a talk I had with him he told me (imitates him) ‘Well, man, the real fan of Cohen is Sabina.’ And he happened to me that since he had already spoken with Serrat he didn’t give me the opportunity to say ‘Hey, since you’re not coming, won’t you give me Joaquín’s phone number?’ (laughs). I’m kind of paranoid about being misplaced. Still, the project is not closed.

For this reason, and to close, Siperman returns to the link with Spain, but from the musical point of view. “There is a funny ambiguity. Cohen was Canadian. He played Spanish guitar, with nylon strings and learned to play the guitar with a Spaniard in Canada. He lived on the Greek island of Hydra, and was a fan of Lorca. For all this, his way of playing and composing is more influenced by the music of the Mediterranean than by the music of North America.” “Our interpretation is closer to American folk, and to what comes from Celtic music and Irish folklore. That’s where the ambiguity occurs: we sound a little more American than he, who sounded more European. So, when we put together the versions we thought , like something internal, ‘If Leonard were here, would he accept it?’”.

There is no doubt that the songs included in volume 1 (and subsequent volumes) of The Poet: Songs in Spanish they would have permission from Field Commander Leonard Cohen. Because, as he rightly said, we are ugly, but we have the music.